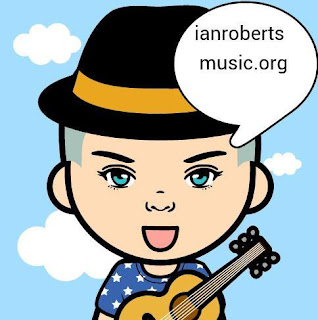 So an election on Thursday the 8th of June eh? Who’d a thunk it? Is that what we call a gigantic u-turn or has our Prime Minister just been lying to us all along? She herself said that we have far more to concentrate on and that we would not be having any snap elections in this country any day soon, and she said it many times.

And yes she’s right on one bit at least, haven’t we got enough to be getting on with without her using this opportunity *and the opinion polls* to further her own agenda at the expense of the country and its citizens, or are we still subjects? Nothing ever fails to amaze me about this Government, on the one hand they say there are much more important things to concentrate on and that we have to focus on leaving the EU, and then in her other hand she reads the opinion polls, her ego gets the better of her and she thinks “forget the country and what the people need, let’s call a snap election” - and all this just at a time when the whole country is sick to the back teeth with politics, referendums, and elections, haven’t they divided us enough already? It really makes no sense at all for the everyday taxpaying working people of this country to be dragged into yet another election. And it certainly doesn’t take into consideration what the people of this country need right now, it’s a total disrespect and disregard for the whole working population of this country. So are the Tories putting themselves and their own personal interests before the good people of this country once again? Oh shock horror...

Now i’m not here to tell you how to vote and I’m sure you wouldn’t take any notice of me anyway, but there are many who will do just that and try to tell you exactly how to vote, most of them will be on the television or in the newspapers, so be careful what you absorb from these “experts” who all have an agenda. They are of course pointing out that Labour are a long way behind in the opinion polls and saying that they are not a credible opposition, but I’m not so sure about that, for one thing what is a credible opposition? Is it an opposition party who believe in the exact same policies as the Government and agrees with them all of the time on almost every issue? Because if it is then that’s dangerous, it’s also very undemocratic, and that’s not good for anyone, certainly not good for this country and the people, surely what we need is a broad choice of policies to vote on? I think credible opposition is an opposition party who have formed their own opinions and have set out on a course very different to the Governments, a party who want to change things from what the current regime have in place; austerity, massive cut backs and enormous tax breaks for the super rich for example? We don’t have to have austerity and massive tax breaks for the rich, it’s a political choice, and the Tories have absolutely chosen this path of the rich getting richer whilst the rest of us face austerity and cut-backs. Surely an opposition party should be opposing that? Surely they should have at least one opposing position to the Government? And regardless of opinion polls and false news Jeremy Corbyn at least seems to have many different policies to the Tories, now that’s got to be healthy in a democracy hasn’t it? Otherwise we end up having all of the political parties exactly the same, we then have no choice or chance of changing things and that stinks of fascism, and we don’t need or want that kind of right-wing ideology in our country. So opposition should be a party who oppose, and Jeremy Corbyn’s Labour party certainly oppose fascism and this Conservative Government, of that there is no doubt, and that’s a good healthy democracy for all of us and proves that we do indeed have a credible opposition regardless of the opinion polls - who are rarely correct anyway. And I did read recently that since Jeremy Corbyn became the Labour leader their membership has gone ballistic and they are now the largest political party in Europe, and apparently it’s still growing, in fact I’ve been told that every single time Jeremy Corbyn speaks in public he picks up new supporters, is he the real JC? The real deal? Well all the mainstream media outlets who love to tell us all what to think seem to hate him, I guess his threat to collect all the taxes that they owe this country doesn’t help him much, so it’s little wonder that every news station and newspaper attacks him relentlessly, so maybe he’s doing something right after all? Now surely the Tories must be worried about all that? Especially the false news backfiring on them? And I think they must be because they have only given Labour seven short weeks to mobilise and ready themselves for a massive General Election, I’m sure Teresa May knew exactly what she was doing when she was holding back for so long from triggering article 50 then quickly calling a snap election and giving the opposition just 50 short days to get ready for the biggest fight that they have had in generations, that to me stinks of fear, so maybe they know more than they are letting on and they are calling this snap election before Jeremy Corbyn picks up another million supporters? I’m sure the Tories have been plotting and getting ready for this election for many months in advance, so are they more worried than they are letting us know? This election might be much closer than the media are telling us. So don’t believe all you see and hear in the press and on the tv and don’t believe all that the politicians will tell you either..

Oh, and locally our ten week guitar workshop at The Olney Arts Hub has come to an end culminating with some of our students getting up on stage at The Two Brewers Easter Fun Day to sing and play the four songs that they have learnt in just ten weeks, I was so proud of them all, it was a massive honour to share a stage with them, they have worked so hard and have now got a firm grip on the basics of strumming a guitar and singing songs they love, they can now easily move forward and learn lots more songs with all the basic chords they have, and if they now want to take the guitar further we at The Olney Arts Hub can then move them into ABRSM approved lessons where they can learn the more intricate and technical side of the instrument, but they have the very basics and when it gets tough learning their scales they can always fall back to the fun side of strumming and singing a song or two, it just makes the life of learning an instrument easier if you can play a tune or two and have some fun doing it. So what now? Well we’ve decided that we’ll carry on with the guitar workshops every Saturday morning from 10.30am until 11.30am but we’re now going to have it as a drop-in centre where we’ll choose a song a week to learn as a group, so you’ll have to know the basics to join us, it’ll be pay-as-you-go £10 for the hour. Our absolute beginners guitar course for those who want to learn how to play will now be from 11.30am until 12.30pm on Saturday mornings and of course it’s also pay-as-you-go £10 for the hour, but please be aware that any under 16’s who can’t afford to pay then don’t worry we’ll teach them anyway and that’s for both workshops, we also have a few spare guitars in the Hub that have been kindly donated to us, so if you’re quick in letting us know that you’d like to join us then you can borrow one if you don’t have a guitar. Contact me here: ian@ianrobertsmusic.org

We can also now offer piano lessons with a wonderful local teacher who’s joining us, so every Wednesday we will have available 30 minute piano lessons from 3.30pm until 7.30pm so book your lessons soon as they will go quickly. And then in the summer we have a fantastic brass teacher joining too, add to that the drama lessons, the magic lessons, and the many other workshops that we have coming up and you’ll see that The Olney Arts Hub is really taking shape now. If you’re a teacher of the arts and you want to get involved then please do get in touch, and if you’re looking to learn any of the arts then please also get in touch with us, if you’d like to hold music or any of the arts workshops then please contact us here: The Olney Arts Hub, Clickers Yard, Olney MK46 5DX Telephone: 01234 241357 or email ian@ianrobertsmusic.org

Please also be aware that if things are a little tough financially at the moment then The IndieGo Collective Charity will pay for any school children 16 or under who want to learn and join in with any of the classes, courses or workshops, we don’t want any child to lose out, certainly not because of money, so contact us here: www.theindiegocollective.org and be assured that your personal information will be kept in the strictest confidence.

Posted by Phonebox Magazine at 12:37