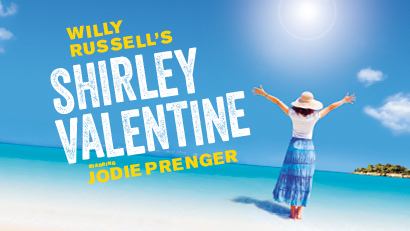 Having seen the film with Pauline Collins we weren’t sure whether this performance was going to be solo, as originally written, or with more cast members as per the film.

However, Jodie Prenger certainly stepped up to the mark with a solo performance that was par-excellance.

Blessed with a most brilliant and witty script her comic timing was spot on, and properly carried Willy Russell’s excellently observed narrative of a woman’s life, from the circumstances that he had observed during his time working and then running his own ladies hairdressing salon in the 1970’s.
The play is set in two scenarios:- Shirley’s kitchen at home, where we learn about her history and how trapped she feels with her current circumstances as a wife whose family have now left home, living with a similarly trapped husband who has a strict regime for his home life (i.e. it’s Thursday so it must be steak and chips night and will not deviate from this).

The scene is then moved to on to the beach in Greece, where she has escaped with a friend, without telling her husband. She feels that here she has at last got away from her ritualistic life and found freedom and the person she was before her marriage. To the point where she has jumped out of the check-in queue to return back to the UK, and she now has a job in Costa’s bar with whom she had a short term fling just after she arrived in Greece.

As we leave her, she is sitting on the beach waiting for her husband to walk by, as he has now arrived in Greece to find her.

Jodie portrays Shirley with great enthusiasm and a vibrant personality and makes this a most entertaining performance. A great evening.

On until Saturday 1st April. Tickets from www.atgtickets.com/Miltonkeynes or telephone 0844 871 7652 (booking fee applies)
Posted by Phonebox Magazine at 12:31 1 comment:

Well I’m an opera convert! I honestly didn’t think it would be my thing but went along with an open mind, being my first visit to an opera and enjoyed every moment start to finish.

La Bohème tells the tragic love story of bohemians Rodolfo, Mimi and their friends living in the Latin Quarter of Paris in the 1840’s. It’s Christmas Eve and Rodolfo meets Mimi unexpectedly when she needs help with her candle. It’s love at first sight and each act takes us through their journey, all the while Mimi’s sickness progresses.

The opera is in four acts, composed by Giacomo Puccini and based on Scènes de la Vie de Bohème by Henry Murger. I cannot compare to other Operas or other versions of La Bohème, however the performance from last night’s Welsh National Opera was outstanding. The stage sets, lighting and costumes really transported the audience to Bohemian Paris and had a touch of modern technology projecting a backdrop of the smoky Parisian skyline and falling snow. Awesome work by the orchestra too and the music was captivating.

Matteo Lippi, Tenore and Jessica Muirhead, Soprano performed the leads. The full cast was fantastic but the singing from the leads really gave us goosebumps!

Can’t wait to see WNO’s Madam Butterfly on Friday evening now – if there are tickets left, you’ll want to grab some quick for an alternative Friday or Saturday night of culture and charm. 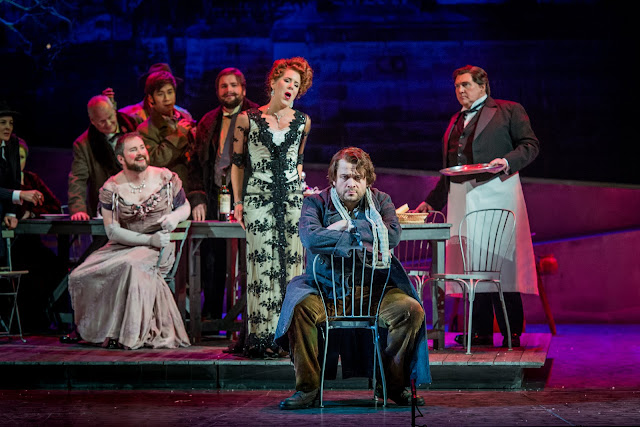 REVIEW: The Play that Goes Wrong at MK Theatre

The Play that Goes Wrong at MK Theatre 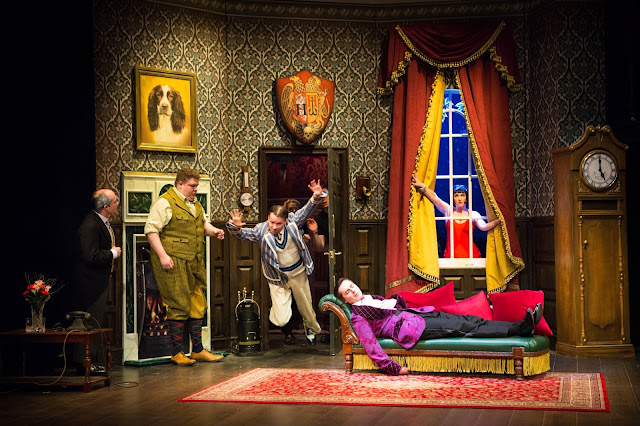 As the Cornley Polytechnic Drama Society show us their acting skills they can only put on a brave face when all around them is chaos as the play descends into farce. Even when the set starts to fall around them the actors continue to act through it all to keep up appearances of a professional show.
We’ve all been to amateur dramatic shows where things go wrong, lines are forgotten and stage sets fail. Well the Cornley Polytechnic Drama Society takes this to new levels. The play quickly descends into farce with a touch of the Vaudeville theatre thrown in for good measure.
The energy and commitment of the actors was amazing with excellent delivery of lines and great comic timing. The play makes you laugh from beginning to end. What a joy!
The Play that Goes Wrong saw its first inception at the Edinburgh fringe before going to the West End and is now touring the UK. It was cleverly written by Henry Lewis, Johnathan Sayer and Henry Shields who first met at the London Academy of Music and Dramatic Art and are the core members of this innovative company called Mischief Theatre. We are sure to see much more from this talented theatre group.
The Play that Goes Wrong is winner of the Laurence Olivia Award for Best New Comedy so to see what all the fuss is about get yourself a ticket to see this show while they last.
On till Saturday 18th March. Tickets from www.atgtickets.com/Miltonkeynes or telephone 0844 871 7652 (booking fee applies)
Posted by Phonebox Magazine at 15:01 1 comment:

‘We are all different, but there is something kind of fantastic about that, isn’t there?!’

This play, adapted for the stage by Sam Holcroft was charming, witty, silly and brilliant, I’m sure Roald Dahl himself would love it. Great fun for all the family with just the right amount of naughtiness, peril, guts and gore that kids LOVE.

The story follows Mr Fox and his friends as they find ingenious ways to outsmart the horrible, stinky farmers trying to catch them. It explores the theme of greed versus sharing and how being kind and working together will ultimately save the day. With a few drops of adult humour thrown in, it really was a wonderfully funny play to watch with some catchy songs and a few relatable modern anecdotes.

The stage set was superb, really interactive with lots going on and the costumes were perfect, quite funny and highlighted the characters personalities. Brilliant performance from the whole cast acting, singing and dancing and to entertain kids and big kids alike, they played their characters skillfully well.

Can you outfox a fox? Hurry along to Milton Keynes Theatre this week to catch them before they dig their way out! The show runs until Saturday 11th March - grab your tickets now from www.atgtickets.com 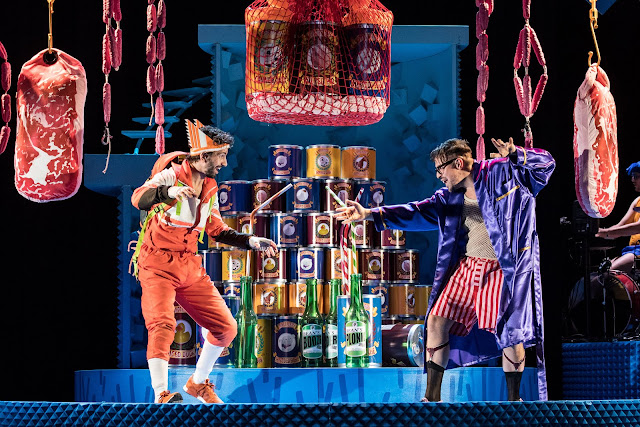 Based on the life story of Fanny Brice (actually Fania Borach born in 1891) a music hall star who went on to star in the world famous Ziegfeld Follies revues. She met and married inveterate gambler Nicky Arnstein and had two children.

The story was turned in to a most successful musical film in the late 1960’s starring Barbra Streisand and Omar Sherif.

This version is both excellent and dynamic, the full cast are great as is the orchestra.
However, casting Sheridan Smith in the part of Fanny Brice was a master stroke, she plays the part with wit, verve and pathos, her singing though is absolutely brilliant throughout.
She draws you in to her character with her enthusiasm and energy.
So “move over Barbra and let Sheridan take over”.

The acoustics of the MK Theatre were as usual very good, the stage set was flexible and conveyed the scene being portrayed.
The costumes beautifully portray the fashions of the period.
All in all a most enjoyable evening at the theatre. 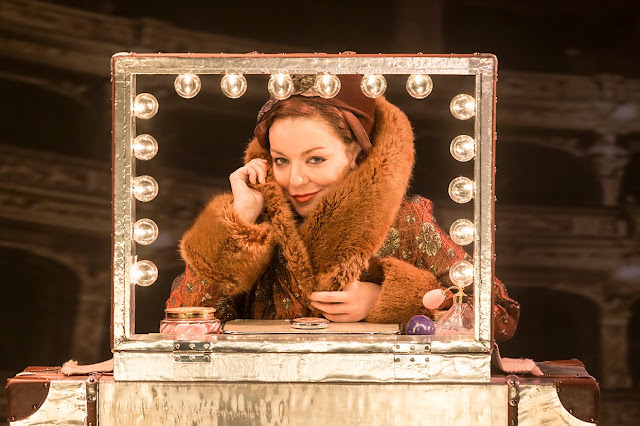