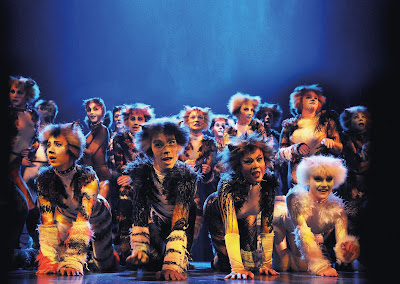 Funnily enough Cats is a musical that I had bypassed all these years since the first showing in 1981 so it was about time I went to see what all the fuss was about. Well what a performance – a true example of excellent musical theatre. The enduring musical Cats written by Andrew Lloyd Weber has had a bit of a makeover in recent years. The story hinges on the lives of different character cats living on a dumpster. It`s quite a complicated and intricate set all adding to the atmosphere on the stage.
There are lots of big set dances with the very large cast and a range of different music and dance styles from jazz to ballet. The cast were athletic and gymnastic in their dance skills. As we got to know the individual cats then it was the solo pieces that the audience liked and recognised the most. Grizabella, the old decrepit cat played by Marianne Benedict performed the song Memory at least twice, well why not, it`s so good!
The cats came into the audience on many occasions and that was an excellent way to involve the theatre goers and to marvel at the intricate detail of the makeup and costumes. They were superb!
The show is all about the visuals and not the story and more of a variety show for cats which is probably why it`s called Cats!
There is still time to catch Cats at MK Theatre. It’s on till Saturday 29th October.
Tickets from www.atgtickets.com/Miltonkeynes or telephone 0844 871 7652 (booking fee applies)
Posted by Phonebox Magazine at 11:34 No comments:

Everybody cut loose! Footloose! What a fab musical, I absolutely loved it.

The story starts with Ren and his mum moving away from trendy Chicago to the small and old-fashioned town known as Bomont. A town where dancing is illegal and we follow Ren and his friends as they challenge this law; wanting to express themselves in the art of music and dance.

They've done a great job of developing the classic 80’s movie into an actor-musician show. The cast is incredibly talented and very entertaining to watch. They are acting, singing, playing instruments and dancing at the same time – I was mesmerised from the first scene to the last and there are some great comedy moments too, especially from Willard, played by Gareth Gates. He’s a really funny character – he engaged the audience well with his comical faces and actions directed towards us and his silly jokes got a good giggle.

Luke Baker and Hannah Price played the rebel lovebirds Ren McCormack and the reverend’s daughter Ariel Moore. They were both brilliant and I particularly liked Rusty and Willards relationship too (Gareth and Joanna Sawyer) which was awkward but lovely! With 80’s classics like Footloose, Holding Out For A Hero and Let’s Hear It For The Boy, you can’t help but tap your feet and sing along.

Hats off to all the creatives from the fantastic choreography to the lighting and stage sets (which were far from simple) and one of the best sets I’ve seen from a touring theatre show, you can see the amount of effort, time and detail that went into creating it.

Without giving too much away, the ending has all the audience on their feet clapping, dancing and cheering so we left buzzing.

Footloose the Musical is running this week at MK Theatre from Monday 17th – Saturday 22nd October. Tickets from www.atgtickets.com 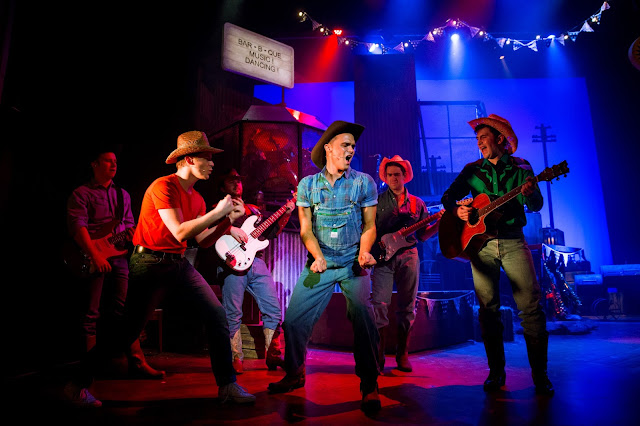 Posted by Phonebox Magazine at 12:07 No comments:

The Full Monty at MK Theatre

Based on the 1997 smash hit film and adapted for the stage by Oscar winning writer Simon Beaufoy, this was a funny and heartfelt production. This is Simon’s first time writing for the stage and he did a great job at capturing the same hardships and comedy from the original movie. Based in Sheffield and not known for their airs and graces, the working class men speak bluntly and honestly with their strong Sheffield accents.

Unpretentious, kind of grey, a little bit miserable yet funny and heart warming at the same time, the play takes you through their journey from the closure of the steel works, their struggles to find work, the fear of losing their loved ones; to the nonsensical idea of becoming male strippers to make some fast cash.

As the men start to get their heads around the idea, they work through their own inhibitions of body image and what people will think, bringing together some unlikely friendships in the process.

The cast were brilliant and you really felt their troubles and accomplishments with some great humour thrown in, rude jokes, blunt insults and cheekiness - the audience reacted really well to this play. At times, I felt the play was moving quite slowly with a few long scenes that could perhaps have been shorter, or funnier, however they were necessary to tell the story.

A special mention to Reiss Ward who played Gaz’s son Nathan – this was his first time performing in front of a live audience. He was a natural; a brilliant young actor at only 12 years old! He’s going to have a fantastic career if he keeps this up – well done Reiss!!

The stage set really brought the audience into the bleak atmosphere of the closed down steel factory and worked well as the setting for all the scenes – with some clever change of mood lighting and background music, the design team effectively took you from one scene to the next.

Overall, this was great show and I would definitely recommend it. 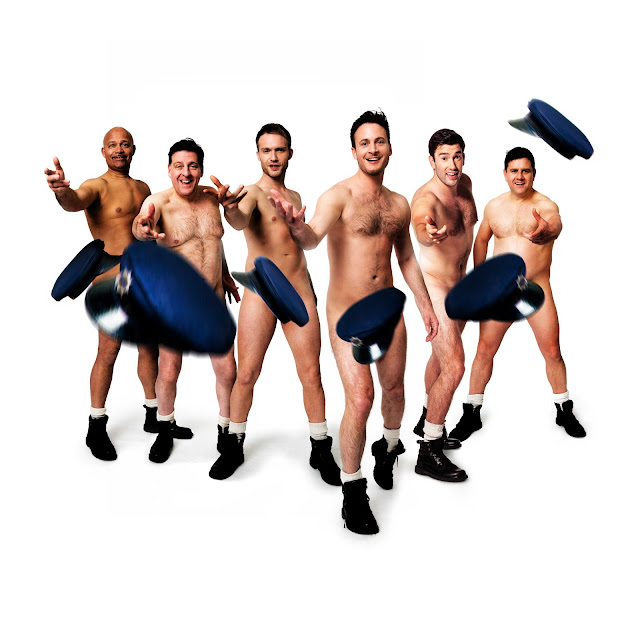