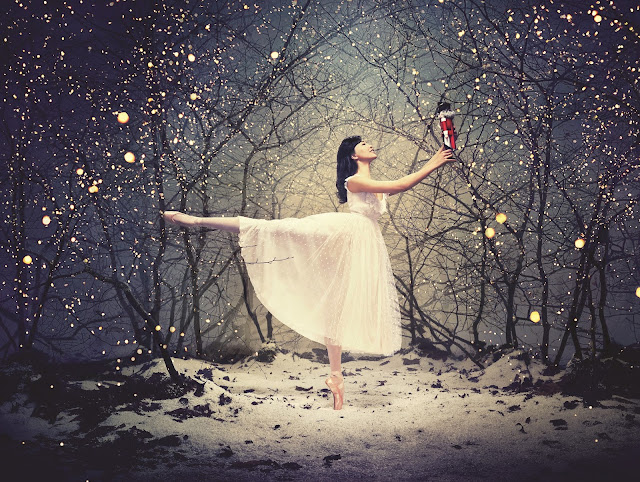 This was a most wonderful and enjoyable evening:- from the excellent music by Tchaikovsky, with pieces that we are all familiar with. To the terrific dancers who filled the stage with delight, there were times when there was so much happening it was difficult to take all of this wonderful action in.

The theatre too did it's part, last week we sat in the front of the stalls, this week the first few rows had been removed and the orchestra pit had appeared, it was filled with a marvelous full orchestra including two harps and a children choir.

The stage sets are very imaginative, with an ice skating scene which looks quite realistic and suitably chilly. The story develops from a simple bedroom scene through to a full Christmas party, the escape balloon lifting up into the gods and then the garden scene.

The performers and dancers were excellent, interpreting the music with great grace, enthusiasm and elegance.

It was a truly magical evening, one we would like to see again.

Our thanks to everyone involved.

Posted by Phonebox Magazine at 13:43 No comments: 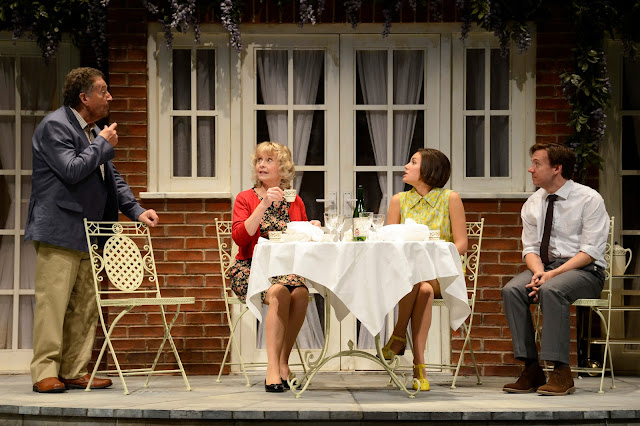 This was a most enjoyable performance from beginning to end, with just four players, the story funnily portrays misinterpretation, based on the assumption of facts that are not quite as they seem to the four characters. Particularly to the young man Greg, who is unaware of the complicated romantic history of his new girl friend Ginny and the people he thinks are her parents.

We are introduced to the young couple in a dodgy London bedsit, before moving to a comfortable detached house in South Buckinghamshire commuter belt of the early 1960's, where the story and the situation unfolds most cleverly.

The dialogue is clearly presented with just the right amount of pauses to allow the audience to laugh, but to also keep a smooth flow in the performance.
However this is what you would expect from such experienced actors as Robert Powell and Lisa Goddard, but they are more than ably supported by Lindsey Campbell and Antony Eden as the young couple.

The two sets excellently show a scruffy bedsit in London and then the detached property in Buckinghamshire ,with lots on means for the characters to enter and exit the performing area.

The audience all seemed to enjoy the humour and performances of the play, they also found great interest in the "home counties map" that hung as a curtain before the two acts.
The map was pre-motorway so showed a different England than you would see today for road and rail routes.

The play was first known as “Know My Father” in 1965, but soon became Relatively Speaking when it was presented in London in 1967.

Relatively Speaking is running at MK Theatre until Saturday 19th November. Tickets are available from www.atgtickets.com/shows/relatively-speaking/milton-keynes-theatre
Posted by Phonebox Magazine at 13:08 No comments:

REVIEW: The Commitments at MK Theatre

Review of The Commitments at MK Theatre 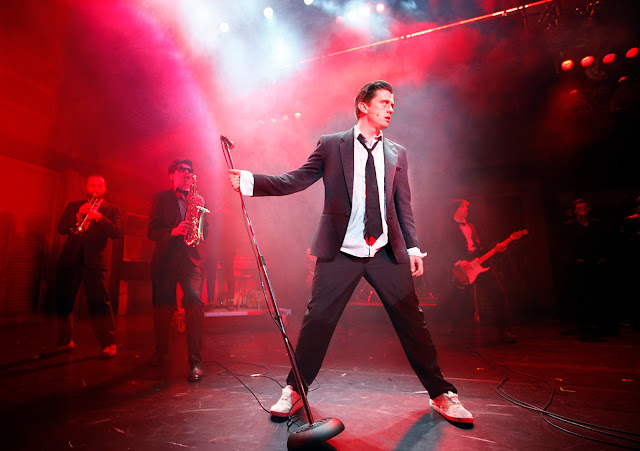 The story is simple; a Dublin producer has to get a group of amateur musicians together to make a band. And like all good bands they have some rocky times where they argue like mad and in an Irish sort of way.
It all adds up to some rocking good music with plenty of soul. The songs are all familiar and our favourites from back in the day. Songs like River Deep, Mountain High, Mustang Sally and I Heard it Through the Grapevine are all interweaved effortlessly through the story, which by the way had plenty of laughs.
Although this was a musical it thankfully didn’t have lots of dance routines just some straightforward good songs with a little bit of choreography where necessary. The stage was simple but effective. The cast had some amazing singers but none more so than Brian Gilligan who played the lead role of Deco. What a star! We will surely be seeing more of him in the future. Other notable performances were from Amy Penston who played Natalie who was the best female lead singer in the show. Andrew Linnie who played Jimmy was adorable and in many ways held the show together. The token famous person was Kevin Kennedy (of Curly Watts fame) who is spending more time in musical theatre but taking the more elderly roles!
This is one of the best musicals around so don't miss it.
It's on at MK Theatre until Saturday 5th November.
Tickets from the box office 0844 871 7652 Booking fees apply.
www.atgtickets.com/miltonkeynes    Booking fees apply.
Posted by Phonebox Magazine at 16:32 No comments: