Review: The King and I 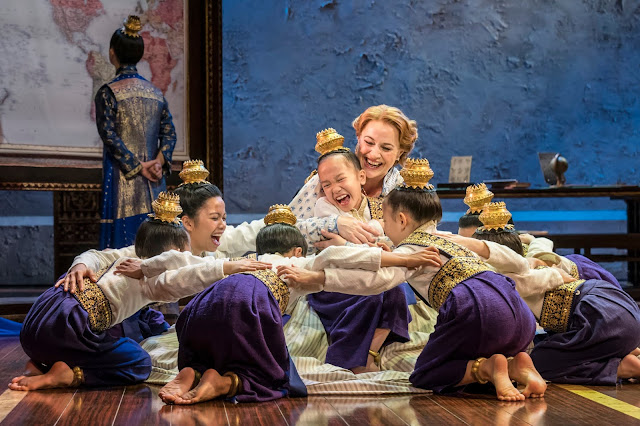 Absolutely enchanting! No expense has been spared on the stage musical The King and I.

Set in the 1800s, the story tells of a widowed teacher who comes to teach the King of Siam’s children - of which there are many. She arrives to find a dogmatic king whose treatment of his wives and women in general is highly questionable. As a story, it could have seemed rather dated but somehow it still works. Revisiting classics can be fraught with problems re political correctness, but this performance just about gets away with it.

The music of Rodgers and Hammerstein is timeless, and the songs are buried in our consciousness for ever. We all know Shall we dance; I Whistle a Happy Tune and Hello Young Lovers. Annalene  Beechey who plays Anna the teacher sang beautifully. Her voice is like an angel with the most exquisite performance you’ll ever see on stage. Daren Lee who played the King of Siam had just the right sense of humour to endear himself to the audience despite his dubious treatment of women! Of course there were many other great performances from the cast.

Within the story is a small ballet called The Small House of Uncle Thomas. This small troupe put on an excellent ballet performance. This was most definitely a highlight of the show. The children were absolutely endearing and gained the biggest applause. Some of them will be the stage stars of the future. Look out for sumptuous costumes and the palatial stage set which creates an effective  backdrop to the story.

The King and I is on at MK theatre until 7th March. Tickets from the Box Office 0844 871 7652 or online here www.atgtickets.com/miltonkeynes

Posted by Phonebox Magazine at 11:03 No comments: 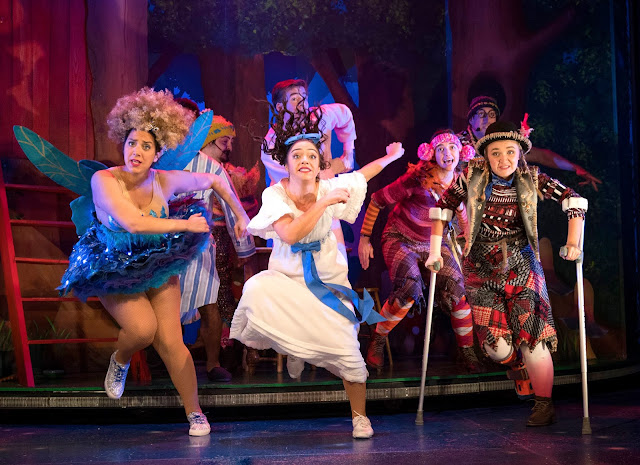 This hilarious show is on at MK Theatre this week – brought to you by Mischief Theatre, the same team behind The Play That Goes Wrong and A Comedy About A Bank Robbery.

It’s a fun, feel-good show suitable for the whole family. It’s not a children’s production, so don’t be fooled into thinking this show is childish or a panto…..unless you like that sort of thing, then that’s exactly what it is.

The Cornley Polytechnic Drama Society are a haphazard bunch but they sure do their best to put on a jolly good show for the audience that dares or bothers to go and see them. Superb acting from the guys that play the Drama Society cast and crew and consequently the Peter Pan characters. We had the pleasure of interviewing Oliver Senton – who plays Assistant(co) Director Robert Grove and also the characters Nana the Dog, Peter Pan’s Shadow and Starkey - ahead of this show (featured in the January Phonebox Magazine). He set our expectations high with just how brilliant this show was going to be and we were most certainly not disappointed. Oliver along with the entire cast, was a joy to watch. Mischief Theatre have this really interesting way of making traditional silly British slapstick humour funny all over again – it’s like old-fashioned comedy reborn.

In this particular show, you have the Cornley whatsit society, putting on a production of Peter Pan that goes rather wrong. Filled with all sorts of humour – some anticipated and some the audience doesn’t expect and possibly even some unplanned by the actors themselves. Broken props, dodgy flying, costume changes, forgotten lines, accidents and lots of silliness. You will laugh the whole way through. We heard some amazing cackling last night and lots of kids laughing their pants off.

For tickets, head to www.atgtickets.com
Posted by Phonebox Magazine at 13:00 No comments: