Not Dead Enough at MK Theatre 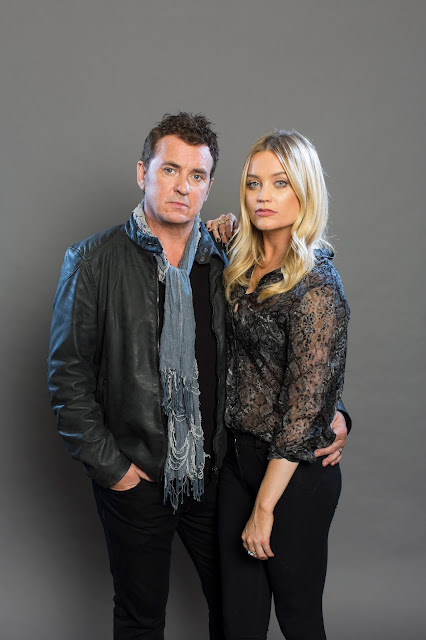 This play is just what the theatre needs at the moment. Let’s blow the cobwebs away this new year and watch a good old crime thriller from the celebrated author Peter James. Slowly his plays are being adapted to the stage and are very closely adhering to the script of the book. This is because Peter is fully involved in bringing his work to the stage and is passionate about his craft. Surprisingly enough his Detective Grace novels haven`t reached TV so all the better for us theatre goers.
Not Dead Enough was expertly crafted and executed (if that’s the right word bearing in mind the story line) with a polished performance from a well-chosen cast. We all know Shane Ritchie who played Detective Grace and can only marvel at his versatility in the many roles he has played over his acting career.
The story centres on Brian Bishop, played by Stephen Billington, who is the chief suspect for the murder of his wife but he claims to be 60 miles away at the time of the crime. Stephen who likes to play bad boys can easily turn the charm on to disarm you.  The whole cast gave an excellent performance with moments of humour scattered throughout the play. They really gelled as an acting team.
The stage was well defined into different areas, where the central stories play out. The lighting was used to great effect during the darker scenes. At first the sound was a little low but that was soon addressed as the cast settled into their first night in MK Theatre.
If you like reading the crime novels of Peter James, one of the best crime writers of all time, then don`t miss the opportunity to see this story brought to life.
The play is on till Saturday 4th February.
Tickets from www.atgtickets.com/Miltonkeynes or telephone 0844 871 7652 (booking fee applies)
Posted by Phonebox Magazine at 12:43 No comments:

“Millie” tells the story of a country girl from Kansas, who arrives penniless in New York determined to throw off her dowdy life style and fully embrace all that’s new, risqué and modern in the city.

Those who know Joanne Clifton from her marvelously creative dancing on last seasons Strictly Ballroom competition on the BBC, will be in for a surprise as to what a great all round performer and singer she is.
This is an excellent show that allows her to fully demonstrate her talents.

It has to be said that the whole cast put in a great and spirited performance, special mention to Michelle Collins as the evil Mrs Meers who does a terrific Chinese accent via Benny Hill, Graham MacDuff as Trevor Graydon who produces an exceptionally funny drunk scene and Jenny Fitzpatrick, especially her marvelous performance of “Only in New York” at the end of the first half, simply brilliant.

The music and dancing throughout are superb, properly capturing the sounds and atmosphere of the times, the musicians were fluid and exceptionally musical.

The sound quality is clear and distinct and not so loud as to be distorted, the stage set
is both interesting and versatile, easily covering the seedy hotel of Mrs Meers, the offices of Trever Graydon, the local prison and then the penthouse of Muzzy van Hossmere.

The original book by Richard Henry Morris was re-conceived as a film for Julie Andrews in 1967 to rave reviews and huge box office success.

This presentation captures the mood and exuberance of those heady times in New York and is great entertainment for all.

Thoroughly Modern Millie is running until Saturday 28th January at Milton Keynes Theatre. To catch some last minute tickets, head over to atgtickets.com 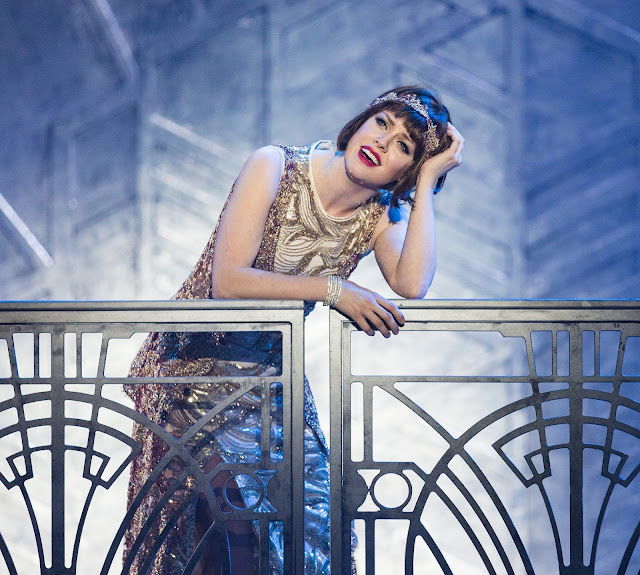 Posted by Phonebox Magazine at 13:20 No comments: