Nobody Puts Baby In The Corner!

You’re in for a delight at MK theatre this week, where you will be transported back to the summer of ’63 with the classic story of Dirty Dancing adapted for the stage.
The stage set was sublime – 3 key pieces that twisted and turned to transport you across the Kellerman Resort as we follow Baby, Johnny and friends on their whirlwind dancing shenanigans. Couple that with excellent lighting and some special effects you’ll be hooked from start to finish.
I can’t quite believe how perfect the casting was, the characters were uncannily like the leads from the original movie (Baby, Johnny and Billy especially). So many of us are fond of the movie, knowing the famous phrases and words to most of the songs, that it was great to be so familiar with the stage performance even though we hadn’t seen it before. And yes, she carries a watermelon!
A bit of eye candy for the ladies when we see more than we bargained for from Johnny and then the final scene where they make the lift perfectly had the audience cheering.
Dirty Dancing runs until 29th April at Milton Keynes Theatre


You will not want to miss this one. Tickets available from www.atgtickets.com 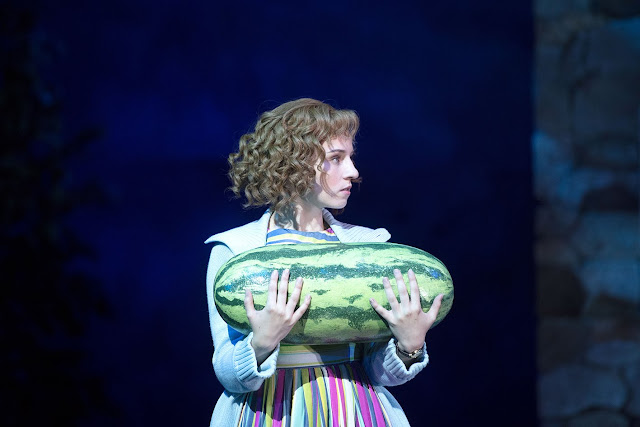 Posted by Phonebox Magazine at 16:43 No comments: 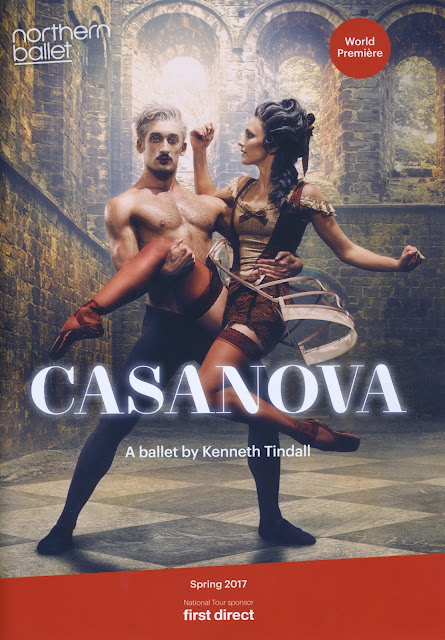 Giacomo Casanova 1725-1798, was born in Venice, however aside from his sexual reputation and his imprisonment in the Doges Palace, Casanova was a very well travelled and intelligent man. Living in Paris, London, Russia and travelling all over Europe he had various occupations during his tumultuous career:- a trainee priest, musician, a spy and a writer. He died at Dux Castle in Bohemia now the Czech Republic.

This ballet is played out in Venice for the first act and Paris for the second in the court of Madame de Pompadour.

We were unsure what to expect from our visit to MK Theatre as this is the ballet world premier tour, however the whole performance was exceptional. The combination of music, dance and story telling was quite extraordinary, it possessed an ethereal and lyrical atmosphere.
Led by Giuliano Contadini as Casenova all of the exceptional dancers carried the story with great ease and agility, ably assisted by the fine playing of the orchestra.

The costumes and stage set played an important part in the overall atmosphere of the performance and added greatly to this exceptional ballet. As usual the sound quality at the theatre was crystal clear and the volume just right.

We would heartily recommend this ballet to both lovers of more traditional ballet as well as those who prefer more new wave performances. We would certainly go to see it again in the future as there is so much to watch and listen to.

On at Milton Keynes Theatre until Saturday 22nd April. Tickets from www.atgtickets.com/Miltonkeynes or telephone 0844 871 7652 (booking fee applies).
Posted by Phonebox Magazine at 14:56 No comments:

REVIEW: Lord of the Dance Dangerous Games at MK Theatre

Lord of the Dance Dangerous Games at MK Theatre 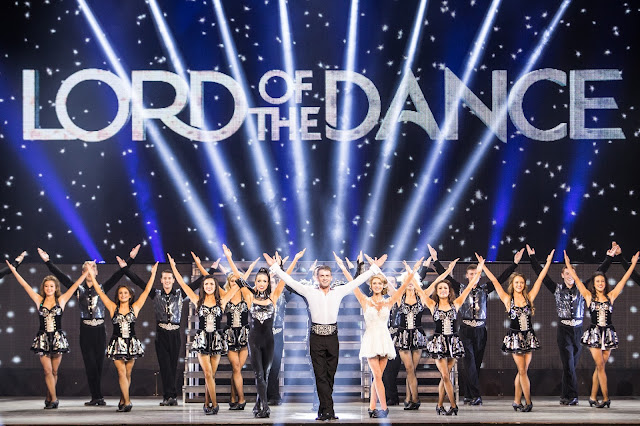 Having only seen bits of River Dance when the show originally became famous, I was wondering how they would fill two hours with Irish dancing without the audience getting bored or the show becoming a bit repetitive.

The basic story of Dangerous Games is a tale of good versus evil. The Lord of the Dance represents all things good but has to fight against the evil Dark Lord and his Dark Disciples. This story telling seemed to be lacking in the first half of the show, which consisted of several dance scenes that didn’t appear to link together apart from the Little Spirit character that would appear now and again. There were also a couple of bits of singing, but again, these didn’t seem to fit in with the rest of it. The second half was better and seemed to tell much more of a story and it was easier to follow each dance act as they flowed together.

Despite the confused story telling, the performances from each character were very good and exactly what you’d expect from a Michael Flatley show with plenty of dancing and variations on the classic River Dance theme which kept the attention of the audience throughout.

The stage had no decoration, however a large screen filled the back of the stage and the images being projected onto this changed with each dance scene. Although the visuals looked dated, it gave more atmosphere and effect and portrayed the mood of the dances well.

Overall, a bit of a confusing start but it redeemed itself in the end.

On at Milton Keynes Theatre until Sunday 9th April. Tickets from www.atgtickets.com/Miltonkeynes or telephone 0844 871 7652 (booking fee applies)
Posted by Phonebox Magazine at 09:18 No comments: