Chicago the Musical at MK Theatre 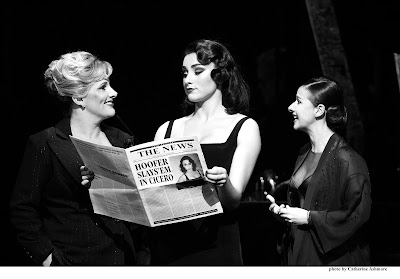 Starring Hayley Tamaddon, John Partridge and Sam Bailey, this was a fantastic, star-studded production. Set in 1920s Chicago, the musical originally ran on Broadway for 936 performances, and, once it was revived again in 1996, it proved to be a very popular hit!

Hayley Tamaddon who also played Andrea in Corrie, really stood out as a fantastic actor. She brought out a lot of humour in her character, Roxie Hart, and made the performance very entertaining with her singing and dancing. There were some memorable set pieces too such as the ventriloquist act which was timed to perfection. It was a night for ex-soap stars as John Partridge, of Eastenders fame played Billy Flynn also gave a confident, memorable performance.
Having only seen Sam Bailey as a singer on The X Factor, it was great to see her acting in role as Mama Morton. She looked great and had the full attention of the audience. 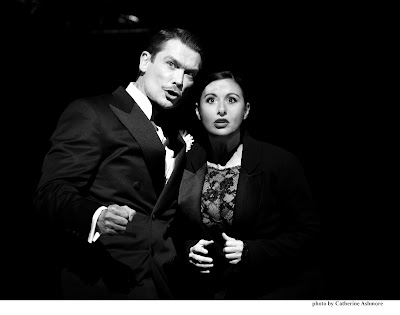 The set was quite minimalistic with the orchestra tiered behind the stage as its backdrop. It was good to see live music and the members of the orchestra playing a prominent role.

It`s a dazzling show with all the razzamatazz of the era. MK Theatre should be proud to attract shows of this calibre.

There is still time to buy tickets! Chicago is running at MK Theatre from Monday 14th – Saturday 19th March. Tickets available from: atgtickets.com
Posted by Phonebox Magazine at 13:51 No comments:

This award-winning production is a proper family show with real emotional depth. Mister Tom, wonderfully played by David Troughton, is a widower who lives in a Dorset village, and who is somewhat of a recluse since his wife has died. Suddenly, at the beginning of the Second World War, his life is turned a little on its head with the arrival of William Beech, an evacuee from London who comes to stay with Mister Tom. The performance really shows how Mister Tom is reawakened in every sense by young William, and his protective, father-like feelings for William Beech slowly develop. This old man who has shut himself off from the world slowly comes to life again.

This cleverly produced production is packed full with cheerful humour and nostalgia for times gone by. Young William was tenderly played by Joe Reynolds and touched at the heartstrings. Zach played by Sonny Kirby provided the laughs. But the most endearing star was Sammy the border collie ably assisted by the talented Elisa De Grey. You`ll see what I mean!

This is an excellent play to take the family to, but be sure to have your tissues at the ready as you`re going to need them!