"It's one of the best parts I've ever played"

With more than 1,500 performances, Spamalot was seen by two million people and took $175 million in its first run in 2005. Receiving 14 Tony Award nominations, it has gone on to be performed in more than 20 countries across the planet.
A decade later, the Monty Python musical (based on the 1975 film The Holy Grail) is on the road again with a UK tour, just months after the Monty Python Live (Mostly) sell-out shows at the o2 arena. 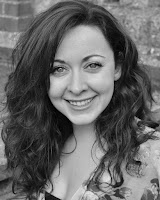 Having earnt her Spamalot stripes by playing the Lady of the Lake in the West End, actress Sarah Earnshaw has stepped back into the sparkly blue shoes, arriving at MK Theatre from June 15th-20th.
Speaking from Sunderland, Sarah (pictured top right with Joe Pasquale and Joe Tracini) is having the time of her life.
“We’ve only got six weeks left of the tour and I’m having a really good time. You never get bored because you’re always moving on, acting for a new audience. It’s interesting and fun.
“I’ve been to Milton Keynes before when I’ve toured with other shows a couple of times, so I know the theatre well and the area too.”
The actress is well seasoned with being on stage, having previously starred in Wicked, Little Shop of Horrors, Jekyll and Hyde and The Royal Variety Performance, among others.
As the Lady of the Lake, Sarah gives King Arthur (played by Joe Pasquale) the iconic Excalibur sword, so he can carry on with his quest and become King.
She explains: “It’s one of the best parts I’ve ever played. She’s a woman in the middle of these crazy men, she has some of the best numbers from Andrew Lloyd Webber-type ballads to Broadway numbers.
“She doesn’t take herself too seriously; all of it is taking the mick. She moans she has been off stage too long, but it’s fun for a few hours.”
Based on the well-known mythical tale, in Sarah’s mind Spamalot is a little bit like a sketch show.
“It’s two hours of comedy and fun, with lots of different musical numbers. I knew a bit Monty Python before I was involved, but I’ve discovered I’m quite a fan of what they have done, it tickles my funny bone.”