The general election is just days away

Are you ready to vote this Thursday?


Many of our readers may have already made up their minds, but for those of you who don’t know who to vote for we contacted the candidates for the Milton Keynes North constituency. All seven of them got back to us, and we asked them to say what they would do for the area if they were voted in. We have their answers here (alphabetical by surname). For more information about the elections, contact Milton Keynes Council on (01908) 254706 or email elections@milton-keynes.gov.uk.

Emily Darlington, Labour
My number one priority is the NHS. I have been campaigning for more GPs, integration of social, health and mental health services and an expanded hospital. I love Milton Keynes and North Bucks with its traditional villages and modern estates, but it has become a ‘tale of two cities’. On the one hand, we are growing faster than London, with more homes, jobs and businesses every year. On the other, more and more people are being forced to work as self-employed or on exploitative zero-hour contracts. I want to be a local champion. I will listen to local people and get things done. I am Labour because I won’t walk by on the other side.

Paul Graham, Liberal Democrat
Official figures show that Milton Keynes has been top in the UK for job growth over the past decade, is second for business start-ups and in the top 10 for the number of patents. The challenge is to build on and manage that success, but with increased economic growth comes pressure on transport and public services. If elected, my priority will be to ensure Milton Keynes gets the best deal possible in terms of infrastructural investment. I am also strongly committed to keeping the UK in the European Union. Britain has gained greatly from membership through the EU’s power as a trading bloc. We need to stay in. 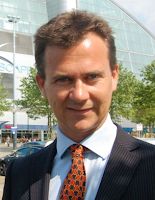 Mark Lancaster, ConservativeIt has been an honour and a privilege to have been your MP for the past 10 years and living in Olney I understand our community’s concerns. Having met many of you during my regular mobile surgeries in the villages, I have listened and ensured that I have been a strong voice in Westminster for my constituents and delivered for our community. Looking forward, I want to build on our recent major investment in our hospital and GP services to ensure we have a local health service future-proofed for our growing population, continue the roll out of rural broadband and ensure that North Bucks continues to flourish. 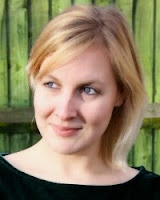 Jennifer Marklew, Green PartyI love Milton Keynes, but I’ve also seen it change from a vibrant, progressive place to one that is focused on corporate interests and big housing developments. By contrast, I’ve also seen the gap in inequality increase; 1 in 4 children in our city live in poverty, a third of jobs are classed as low wage and we’re cutting funding to services for those that need it most. I want to deliver change by being bold; increasing funding to local government, encourage social enterprises and community energy projects and nurture local businesses. I have been told the Green Party is living in a fantasy land. I have high expectations, but I am not a fantasist.

David Mortimer, IndependentI believe poverty is going to become the biggest issue in the UK this year. So far, only 30 per cent of cuts, which are apparently required to balance the budget deficit, have been introduced. The rest will be after the election. These cuts will have a catastrophic effect on the living standards of 60% of UK residents who work and claim benefits. I believe the UK should allow the public to sack MPs, protect and promote marriage and families through the tax and benefit system, stop foreign aid until UK national debt is clear and secure its borders, as well as remove those who are legally not supposed to be here. 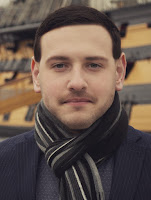 David Reilly, UK Independence PartyBeing a member of a non-whipping party, I am at liberty to represent the interests of Milton Keynes without fear of reprisal, even if it was to contradict the parties’ conventional wisdom; however UKIP’s platform gives the public awareness of my core beliefs. Having lived, worked and played in Milton Keynes my entire life parallel to engaging in politics, I have swiftly learnt that we have two ears and one mouth, so to listen twice and speak once whilst never compromising reason, fact and logic for ideology or populism. Fundamentally, I would like to see a ‘quality rather than quantity’ approach to the development of Milton Keynes. 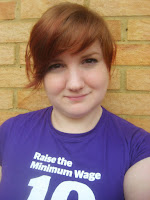 Katie Simpson, Trade Unionist and Socialist CoalitionThe main reason I’m standing is to get the name Trade Unionist and Socialist Coalition out there, to say there is an alternative to the mainstream parties and austerity. If I were elected my main goal would be to give my constituents genuine representation in politics. I would actively campaign against cuts, closures, privatization and job losses across Milton Keynes and put pressure on central government to raise the minimum wage to £10 an hour before the next general election. Admittedly, I will continue to campaign on these issues regardless. The big businesses and bankers, the 1 per cent, caused this crisis, but TUSC represents the 99 per cent.

Posted by Phonebox Magazine at 12:42