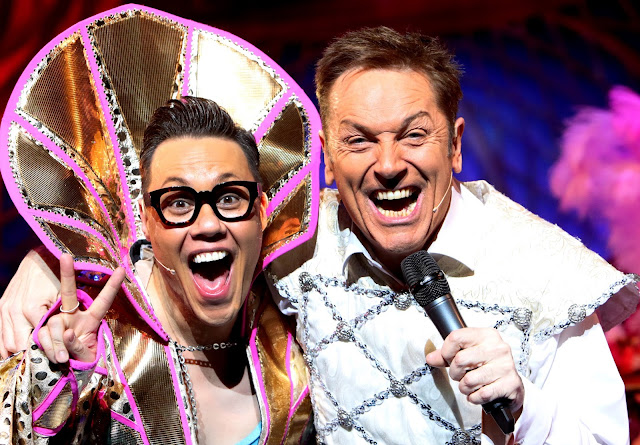 A fantastic show again this year from the mother of all Pantomimes, Cinderella. Starring the fantastic Gok Wan and Brian Conley as The Fairy Gok Mother and Buttons. A perfect pairing for the stage as they bounced off one another effortlessly and had the audience in stitches! I was a little worried for the gent sat behind us, thought he might have an accident!

In typical panto style, they picked on the audience - a huge well done to Nikki of Olney – if you see this, we were cheering for you! I couldn’t think of anything worse than being pulled up on stage in front of hundreds of people…you were great :D (note: shy people, don’t sit too close to the front!)

A big shout out the full cast and creatives for putting on such a wonderfully magic Christmas show that kids and big kids alike adored. Thank you to the MK Theatre Orchestra for playing excellent music and we had a few sing-a-longs. The ugly sisters were wicked, very funny and their costumes as always were outrageous.

Head over to MK Theatre to catch this year’s pantomime in all its glory – running until Sunday 14th January 2018.
Posted by Phonebox Magazine at 10:35