REVIEW: Save The Last Dance For Me at MK Theatre

Review: Save the Last Dance for Me 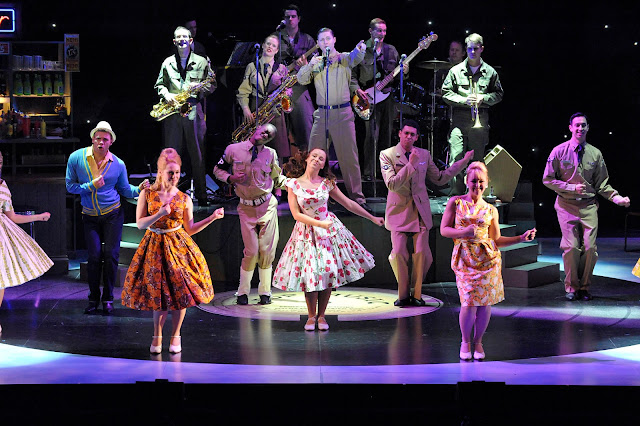 Written by two of TV’s most talented writers, Laurence Marks and Maurice Gran, Save The Last Dance is full of early 60s hits and chart-toppers such as Sweets For My Sweet and Viva Las Vegas. Put this in the mix with fantastic singers and a young, energetic cast and you’ve found yourself a very memorable, enjoyable production. And for those members of the audience who were old enough to remember those songs in the charts, this was a nostalgic trip down memory lane (and many were singing along!).

As the audience is taken along a journey with two teenage sisters on a holiday without their parents, they are in high spirits and soon meet a handsome young American who invites them to dance at a US Air Force base; this performance is full of young love, dancing and fun.

The cast features Antony Costa from chart-topping boyband, Blue, and 2014 X Factor finalist, Lola Saunders. Both were fantastic, each with unique voices and a great enthusiasm for the performance. Another actor who really stood out was Sackie Osakonor whose strong voice was a pleasure to listen to. The main character Marie played by Elizabeth Carter had the sweetest voice ever.

The costume design was very true to life, replicating dresses and Air Force uniform accurately and in great detail. The live band were also fantastic, and clearly well-rehearsed. The stage set was a music venue on a American air base in Suffolk that really captured the atmosphere of the early 60s dance halls showcasing the music of that era.

Posted by Phonebox Magazine at 15:51