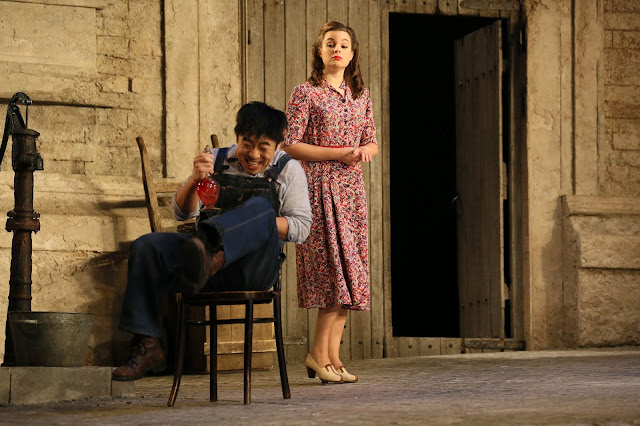 L’Elisir D’Amore, a comic opera, is a light, playful affair set in a sunny 19th century Italian village. Peasant Nemorino is hopelessly in love with beautiful land-owner Adina. He is not taken seriously by Adina or the provincials and is the butt of their jokes and teasing. Akin to the story of Tristan and Isolde, enchanted by a magical love potion; Nemorino is fooled by quack Dr Dulcamara into buying a potion to win Adina’s heart. Like all good opera tales, there’s a fair bit of drama, sneakiness, backstabbing and jealousy going on but overall this tale has a happy ending unlike some that are much more tragic – we’ll get to that next. L’Elisir D’Armore is a nice change from the traditional style of opera, performed skilfully, with impressive soloists and an incredibly talented chorus and orchestra as one would expect from the Glydebourne Tour.

Rigoletto was a refreshing take on an old classic, one of the most popular and frequently performed operas. Director Christiane Lutz took inspiration from 1920’s Hollywood movie studios and brought us a revamped Rigoletto in the form of ‘Charlie Chaplin’ instead of the original hunchbacked joker. It’s an opera of male power and sexual violence so considerably darker than the previous night’s performance. There are moments (certainly towards the end) when you really just want to give Gilda (Rigoletto’s lovesick daughter) a good shake and say snap out of it! She gives her life to save the man that does not love her, lied to her, is unfaithful and was even involved with her kidnapping. But that is what makes such an astounding and absurd opera with exceptionally talented music and singing working seamlessly with these farcical storylines.

Masterful performances with a thoroughly engaged audience, I can highly recommend a trip to Milton Keynes Theatre this week. 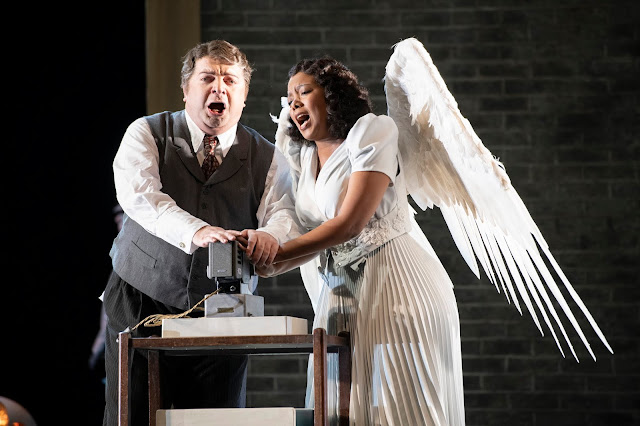