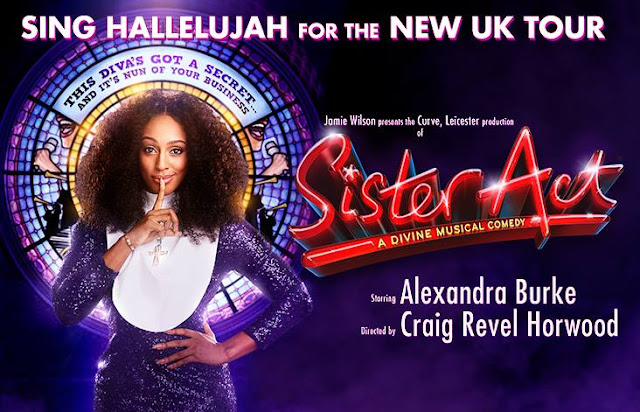 Starring X-Factor winner Alexandra Burke, this Broadway and West End musicial has finally come to Milton Keynes. Alexandra has come a long way from her X-Factor days, and gave a brilliant performance throughout. Set in the late 70s, the show was full of disco and motown songs which Alexandra performed effortlessly, her rich voice filling the auditorium with soul and funk.

Directed and choreographed by Craig Revel Horwood, this is musical adaptation of the 1992 movie starring Whoopi Goldberg. It followed the original story, however none of the original songs from the film featured in the stage version. This didn’t detract from the performances though.

The set was well executed. The convent was a gothic style church interior with tall arches that doubled as a tacky nightclub with a clever tweak of the lighting. The big finale (without giving too much away) was also very impressive, which goes to show that a lot of thought has been put into the stage design.

The rest of the cast also performed well. A particular highlight was the characters playing the musical instruments on stage as part of their character. This added a whole new dimension to the show and made the music of the show really come alive. A slight hiccup when one of the characters’ microphones failed, but he soldiered on through. We were close enough to hear him without the microphone, however this could have caused problems for the people at the back.

My only negative was when the sisters were eating Christmas dinner. I understand that at this point in the show, they hadn’t had any musical advice from Deloris Van Cartier (Burke), however their screachy singing was a bit hard to understand.