REVIEW: The Importance of Being Earnest at Milton Keynes Theatre

The Importance of Being Earnest 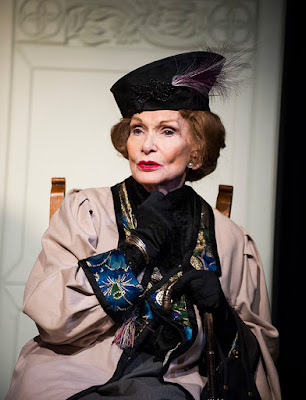 The main premise of the play is that we are watching a rehearsal of an amateur production of the Importance of being Earnest. This theme quickly gives way to a straight production of Oscar Wilde's most famous play.
With Sian Phillips as Lady Bracknell, this performance was utterly majestic and very funny. From the word go, the production completely lives up to Oscar Wilde’s witty, running commentary of Victorian Life and society at the time.

This new production, all about a pair of bachelors attempting to pursue two ladies, is directed by Lucy Bailey and boasts many famous faces such as Rosalind Ayres, Nigel Havers, Martin Jarvis and Christine Kavanagh. The pace and timing of the show was brilliant, accompanied by not only fantastic actors, but also a stunning Victorian set.

Having first appeared in The Importance of Being Earnest in 1982, Nigel Havers was just as brilliant and excited about the performance. He really did fit into his role as Algernon Monclief so well, and worked seamlessly alongside his famous co-stars.
There is still time to catch this play as it's on till Saturday at MK Theatre.