What's the history of the Rotary club? 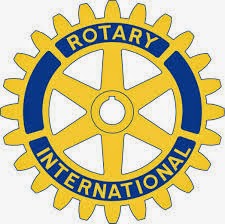 Rotary clubs have been around for years, and there are a number of them in the Milton Keynes area alone. The Newport Pagnell Rotary club, for example, has been running since 1963. But how, why and when did they begin? Well, the first ever Rotary club meeting took place over a hundred years ago in 1905, when Paul P. Harris decided he wanted to meet with some like-minded people, and met with three other men at an office in downtown Chicago. They decided to call the club 'Rotary' because of the number of different places they met at- (rotating locations). By 1910 there were 16 clubs, and in 1922 the name was changed to Rotary International to reflect the addition of clubs now in different countries.

By July 1925, Rotary had grown to more than 2,000 clubs and an estimated 108,000 members on six continents. The reputation of the Rotary clubs attracted a number of prominent figures; including presidents and prime ministers, as well as other key figures, including author Thomas Mann and American astronaut Frank Borman. Today, there are over 34,000 clubs, and over 1.2 million members worldwide.
The overall aim of Rotary International is to try and tackle some of the world's biggest challenges, both locally and globally.  The key to the Rotary club is service. Rotary International has helped a wide range of international and service organisations—from the UN to Easter Seals—get started. With the purposes of service and doing good in the world, the Rotary clubs internationally continue to try and do this to this day. Many clubs focus largely on fundraising, raising money for both local and global needs and helping in this way, as well as often holding events which serve those in the community.

As you can see below, we looked at who some of the Newport Pagnell Rotary club's fundraising has helped, and it is clear that seeing as the effect of just one club can have such a great impact, the impact of Rotary International as a whole is huge. If you've never seen a Rotary club in action, why not take a visit to your local, you never know what you might discover! Posted by Phonebox Magazine at 13:54